How to Value Intangible Assets – Patents

Because patents are valuable assets to businesses, it’s critical for investors to understand how to value and account for them.

Innovation is the most crucial method for firms to stay competitive in the marketplace, and the only way to preserve that competitive advantage is to protect original ideas and prevent others from using them. Patents allow firms to protect their ideas from other users, at least for a limited time. Because patents are valuable assets to businesses, it’s critical for investors to understand how to value and account for them.

The practice of calculating the real market worth of a patent or patent portfolio is known as patent valuation. Patent valuation is required when companies or inventors are discussing arrangements such as mergers, acquisitions, sales, or licensing of inventions. A patent is essential for intellectual property (IP) rights, intangible assets, and brands.

What is a patent?

A patent, in general, refers to an invention or technique that has been disclosed and registered with a governing body. In exchange for this information, the patent owner is granted an exclusive right to prevent others from utilizing or exploiting the invention in a given territory for a set number of years.

Why are patents important for a business?

A patent is necessary because it protects your invention. It has the power to protect any product, design, or method that meets certain criteria for originality, practicability, appropriateness, and utility. A patent can usually protect an invention for up to 20 years. This time period begins as soon as your patent is filed. The application process must be completed after you have published a description of your innovation, publicly disclosed the product, sold it or made your item available for commercial use.

Fortunately, the one-year requirement allows the inventor to evaluate their product before investing in a patent application. Take extreme caution. If you have a foreign product, patent protection is not accessible for an innovation that has been made public before a formal application has been filed.

There are different kinds of patents that are used for businesses having different notations, which are explained below: 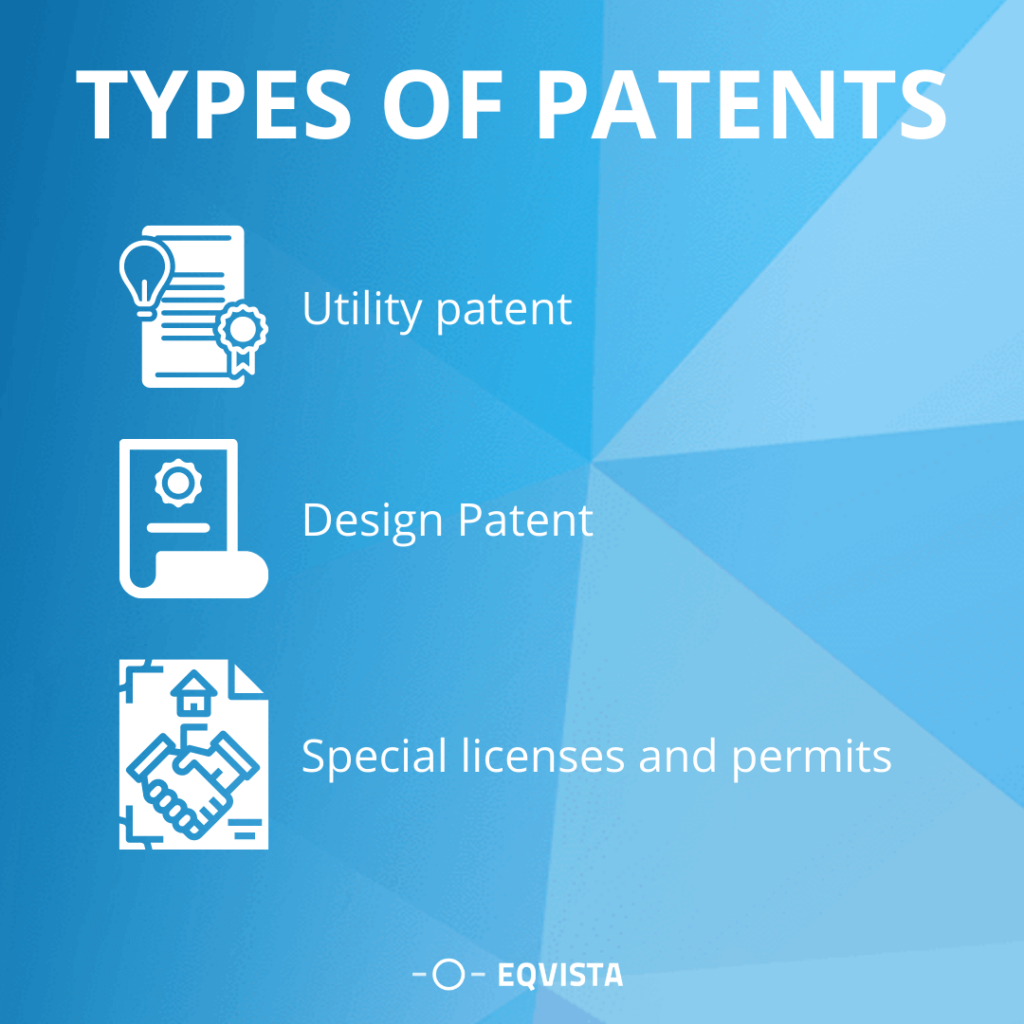 What are some important patent applications?

Patent applications act as an important tool used to value and know the worth of a certain kind of business allocation and how it can be differentiated from other businesses. These patent applications are further explained below:

The section of intellectual property law that deals with new innovations is known as patent law. Circuit boards, automobile engines, heating coils, and zippers are examples of actual scientific inventions that are protected by standard patents. Patents have, however, been used to protect a greater range of inventions over time, including coding systems, business processes, and genetically modified creatures.

Application: A set of paperwork must be submitted to the USPTO to receive a patent.

Agent: A person who is not a lawyer but is authorized to file patent applications on behalf of inventors but is not an attorney.

A patent application was filed with the USPTO for an innovation previously patented in another nation. The same person usually files both patent applications. Infringement is the act of producing or selling a patented device without first obtaining a license from the patent owner.

Prior Art: The state of the industry prior to the patent filing. Because they are not new, things that are considered previous art are not eligible for patent protection.

The process of applying for and getting a patent is known as patent prosecution.

The process of defending a patent against infringement is known as patent litigation.

It is critical for firms to account for the value of a patent in their books. In transactions involving mergers and acquisitions, business dissolution, bankruptcy, and infringement analysis, this value is very essential to firms. Obtaining the value of the innovation in question is an important component of valuing a patent. Obtaining a patent on an innovation that will not provide a suitable return for the investor is not a sensible business decision. Because patents are intangible assets, putting a monetary value on them.

When is a patent valuation required in a business?

A patent valuation has become extremely equivalent today in terms of business, and it helps to protect the brand from getting identical to the other brands. They are required when we do the following: 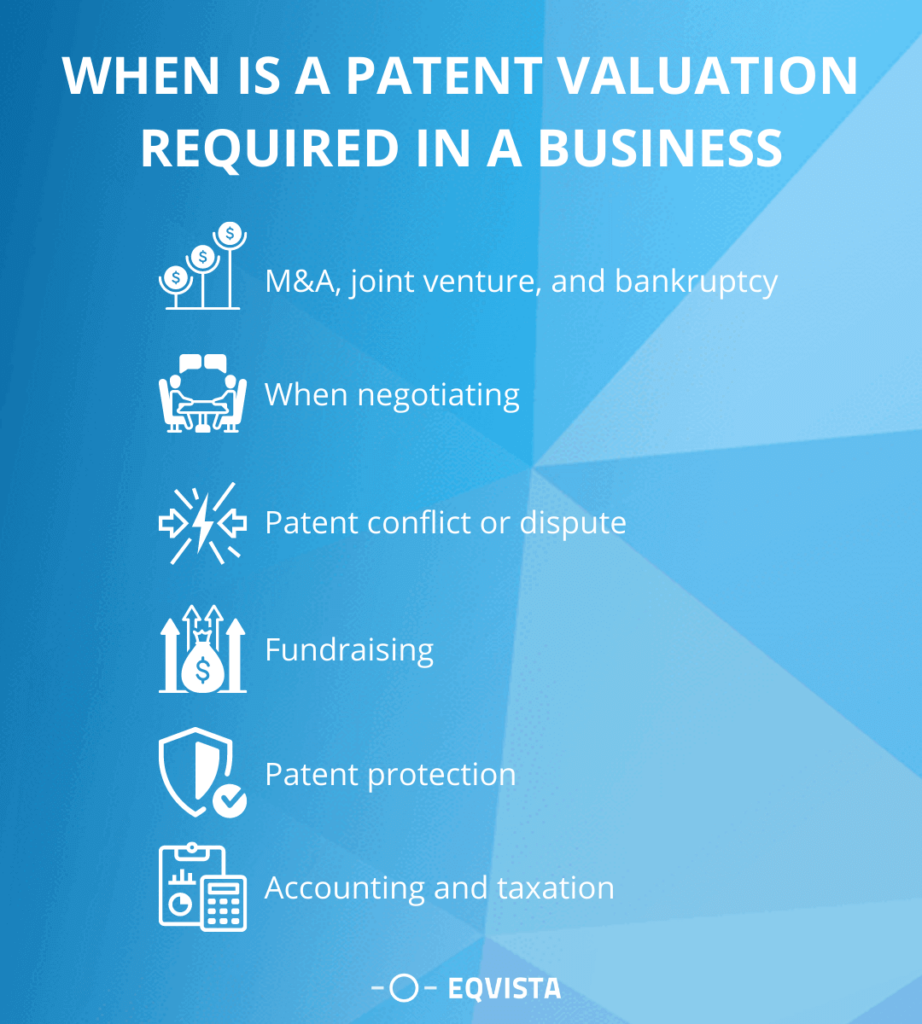 How to value patents?

Why are claims required while performing patent valuation?

How can Eqvista help with business patent valuation?

Patents allow numerous parties to enter into an agreement to use each other’s patented technology in exchange for the right to use their own patented technology. A large corporation that wishes to strengthen its patent position relative to another large company may be particularly interested in owning a strategic patent portfolio (containing issued patents with a strong protection on the start-valued up’s products or services). Eqvista has a team of experts who can assist you with the business patent valuation. Fill up the sign-up form and get a free consultation.