In this article, we will discuss Series C funding and the role of 409A valuation for Series C funded startups.

With startups springing up across the globe, innovation and entrepreneurship are taking on new heights. With unique business models and market opportunities, these startups are shaping the future of business. With a diverse range of viewpoints and investing strategies, the Series C funding round is considered one of the most crucial milestones in the life of a startup. As such, 409A valuation is a financial metric that determines the fair market value of common stock for various purposes, including investment reference and employee stock compensation. In this article, we will discuss Series C funding and the role of 409A valuation for Series C funded startups.

You may be wondering why the term “Series C” is used to refer to a startup. Well, Series C funding is the fourth round of financing wherein the startup earns a significant infusion of cash, anywhere between $20-$50 million. Bringing in substantial funding, Series C funded startups are those which have typically attained the level of maturity and industry acceptance that is necessary for them to start this next phase of development. In short, the term “Series C” refers to the funding consideration for a startup.

What are Series C funded startups?

Series C funding is the common term for the fourth round of financing that is performed by a startup. This financing round is more critical than previous rounds as it contains the highest amount of capital compared to the other rounds. This means that the company will have access to significantly more resources to fund its operations and growth. Series C funded startups are usually high-value, fast-growing, seed-stage businesses that have demonstrated both a market need as well as the ability to execute on their business model.

As such, they are deemed more likely to succeed in the future and are thus rewarded with high amounts of capital. In this way, Series C funded startups differ from other types of companies that seek funding. Thus, Series C funded startups are characterized by the fact that their owners and investors will have high expectations with respect to their future performance.

When to raise Series C funding for your startup?

The Series C funding round of financing allows a startup to develop key product features or marketing efforts, enter into new markets or expand its physical distribution networks. As a result of the money raised in this round, companies become more stable and further develop their growth potential.
This type of funding will allow the startup to move on to more advanced stages. As a result, the startup can reach the point where it can generate enough cash flow as well as attain the necessary level of brand recognition. Following are a few of the major reasons why startups are encouraged to seek Series C funding: 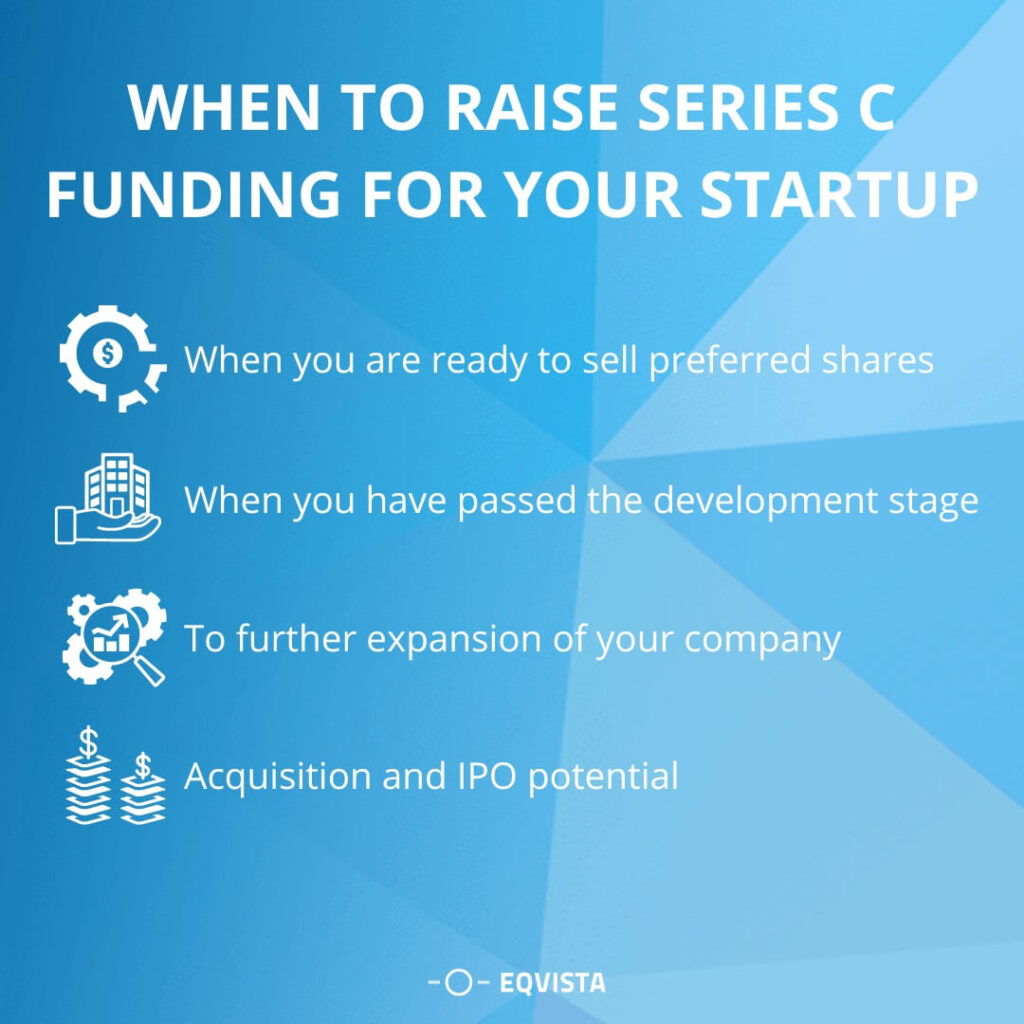 How to get Series C funding for your startup?

There are a number of ways to get Series C funding for your startup. However, the most common methods include private equity funding, corporate venture capital, and angel investor financing. In order to raise Series C funding, the first step would be to prepare a pitch deck that includes information on the company’s background, a detailed plan for expansion, financial forecasts, valuation, and other key information.

Further, market research should be conducted in order to find the right investors for the business. Lastly, it is important to present company information in the most appealing manner possible. Thus, in order to get Series C funding for your startup, you will need to consider a number of key elements.

Do 409A valuation require in Series C funded startups?

Before a startup considers raising Series C funding, founders or management team should ensure that they have a 409A valuation. The role of 409A valuation in Series C funding is to help determine a startup’s fair market value of common stock. This is because it provides a benchmark, and investors will know exactly what they are investing in.

Therefore, it is advisable to use a 409A valuation as a fundamental aspect of raising Series C funding. Typically, the need for 409A depends on the specific circumstances and requirements of the investor. For instance, venture capitalists are always required to have a 409A valuation. As a result, be sure to conduct proper research and plan accordingly.

How does 409A valuation work in Series C-funded startups?

Now that you know that 409A valuation is a necessity before you raise Series C funding, it is time to learn how it works. Following are some of the key elements to consider when getting a 409A valuation:

409a valuation case study for Series C funding round

Let’s say there is a company, called Streama, an online live-streaming platform for businesses offering webinars. With gaining a large majority of the market share in the company, the Board wishes to move into different markets with its service, and become the dominant player within the industry. With this, they raised a Series C round to expand the company’s reach.

Here is a look at how their simple cap table looks like before the seed funding:

The company then decided to take on its initial investment in the form of a seed funding round, from angel investors. The total amount of the funding was $90,000,000 to support the company and expand its services. With this investment, the share price buy-in was $15.00 per share. Here is a look at the cap table post-funding:

For a 409a valuation for Series C funded startups, as their funding round set the valuation of the company for angels to invest in, this too set the share price for their stock.

Therefore, we can base off this scenario to conduct a backsolve approach based on their cap table. In order to conduct this analysis, payout “Tranches” would be set up according to the amount paid back to investors, in this case on their $90,000,000 investment. After this, the remaining amounts would be split according to their ownership percentage.

In this case, 100% of the payout up to $137,100,000 would be paid to the stakeholders who invested in the company, to get back their investment. The remaining 9 tranches are according to breakpoints calculated by each equity holder. These tranches would then be put through a stock option pricing model (OPM) to attribute values to each equity class.

According to this cap table and the inputs, the common share price would be $5.35 after the DLOM, shown as:

This share price would reflect around 35.64% value after DLOM of the seed funding round of $15. This is an example on how to get a 409a valuation for Series C funded startups, and find the common share value to be used for future use, such as stock option exercise pricing.

Need a 409A valuation to raise series C funding? 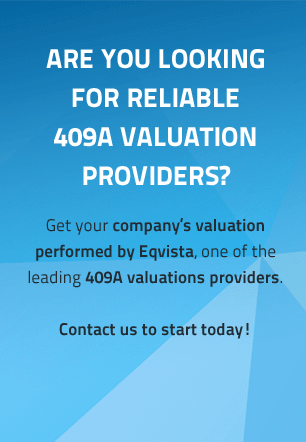 More about 409A valuation