Venture capital in the US is becoming a popular and essential funding source for startups. Since a startup is typically a brilliant, scalable business idea and does not own many assets in the initial days, access to traditional bank loans is a difficult prospect. This is why a specific market of venture capital has evolved to enable promising entrepreneurs to innovate and grow new businesses.

In this article, we explore the US venture capital market right from its beginnings to the evolution of the top venture capitalists and market leaders in the industry today.

Venture Capital Investment in the US

The National Venture Capital Association (NVCA) reports that despite the 2020 global pandemic, the venture capital industry in the US has invested over $69 billion, raised by 289 funds. Venture capital funding, essentially being a type of private equity, involves only HNIs and institutions that can lend funds in billions and hold them for a considerable time. However, this type of investment is risky as the investor is essentially backing an idea and the potential of the entrepreneur to see it to fruition. Thus securing venture capital is very competitive and business proposals undergo considerable scrutiny before being hand picked for funding.

Venture capital funding not only brings in the much-needed business capital, but the expertise of the investors as well. These investors are subject experts in their fields and prove to be an invaluable addition to startup management. All investments happen in phases and conditional on equity shares in the startup. Overall, despite the risks involved, this funding mechanism proves beneficial both for investors (receives above-average returns) and for startups (easy access to bulk capital). But how did this strategy evolve? Let’s explore.

Since then, venture capital in the US has demonstrated an upward growth curve. According to the PitchBook – NVCA Venture monitor, by the end of 2019, the venture industry had pledged a whopping $136.5 billion in US-based companies. This is the second consecutive year in a row that the venture industry has crossed the $130 billion mark. In 2020, mega-funds of $1 billion and more represented almost 15% of the total venture capital funds raised.

Top industries with venture capital funding in the USA

The top five performing regions of venture capital firms in the US are California, Massachusetts, New York, Washington, and Texas. Of these, California alone contributes close to $14 billion, which is four times that of Massachusetts. The top industries that receive venture capitals funds are:

Startups are typically cash strapped. Since they are just starting, unlike established companies, startups do not have the necessary financial documents to demonstrate stable revenues. Thus fundraising becomes challenging. However, with the growth of venture capital firms in the US who understand the limitations of startups and are ready to provide the necessary support in terms of money and strategic inputs, the startup marketplace has begun to thrive. Here are some fundamental ways in which venture capital supports startups:

How does VC funding work?

Venture capitalists seldom operate alone. Since the stakes are high, HNIs and institutional investors (investment banks, insurance companies, pension funds, or other financial institutions) alike, pool in their funds and operate as a one venture capital firm where each one is a Limited Partner (LP). A typical venture capital funding process involves the following steps:

Venture capital funding is granted in the following four stages of company growth:

Now that we have a sufficient understanding of how venture capital works, let’s look further into the top VC in the US. Apart from the following 10, there are many more operating in diverse segments.

This comprehensive list was gathered from public data online, mainly from sources like Crunchbase, Pitchbook, and others. This data is for informational purposes only. Should you have any suggestions on updates to this data, you can contact us at info@eqvista.com and we will gladly follow up with you.

Checkout our other comprehensive list of the top 100 VC firms.

Accel is a venture capital firm in the US founded by Arthur Patterson and Jim Swartz in 1983. Today the firm has grown to a global team of 89 each specializing in their area of expertise. Their funding horizon includes seed, early, and growth stages of investment. They focus on industries such as computing & storage infrastructure, consumer internet & media, enterprise software & services, mobile, networking systems, retail consumer, and security & technology-enabled services. Accel has recorded a total of 1,907 investments and 588 successful exits so far.

Sequoia Capital is a venture capital firm in the US founded by Don Valentine in 1972. Today the firm has grown to a team of 124 active members. They fund companies in their incubation, early stage, seed stage, and growth stages. Their investment focus is on energy, financials, enterprise, healthcare, internet, and mobile startups. However, a vast majority of their investments are on behalf of non-profit organizations such as Ford Foundation, Mayo Clinic, and MIT. Since 1972, Sequoia Capital has funded nearly 1000 companies that run businesses worth 22% of NASDAQ. Sequoia Capital has made 1,612 total investments and has recorded 659 exits so far.

As of 2016, Sequoia Capital is operating through 11 partners globally and manages multiple investment funds specifically in India, SE Asia, Israel, and China. Some of the top names backed by Sequoia Capital include giants such as Apple, Google, Oracle, Nvidia, GitHub, PayPal, LinkedIn, Stripe, Bird, YouTube, Instagram, Yahoo & WhatsApp. Headquartered at Menlo Park, they have offices across the globe in major business hubs such as Singapore, Bengaluru, Mumbai, New Delhi, HongKong, Shanghai, Beijing, and Tel Aviv.

Kleiner Perkins is a venture capital firm in the USA founded by four founding partners Eugene Kleiner, Tom Perkins, Frank.J.Caufield, and Brook Byers in 1972. Today the firm is operating through 63 team members. Their investment focuses on early computer firms using their devices, programming, and service companies. They also invest in digital, life sciences, healthcare industries. They have made 1,791 investments and seen 683 successful exits so far.

Andreessen Horowitz is a venture capital firm in the US founded in 2009 by popular super angels Marc Andreesen and Ben Horowitz. The firm is now 161 members strong. Legally named AH Capital Management, LLC, Andreesen & Horowitz otherwise referred to as a16z invests right from the seed to the IPO. Their industry focus is on bio, cultural leadership, consumer, crypto, enterprise, fintech, and growth portfolios. They stand out for the philosophy of ‘respect for entrepreneurs and entrepreneurial company building processes’. They have made 1,000 investments with 249 successful exits.

Founders Fund is a venture capital firm in the US founded by Peter Thiel, Ken Howery, and Luke Nosek in 2005. Headquartered in San Francisco, the firm is 20 member strong and funds across all industries, company stages, and geographies. However, they extend the special focus to science and technology specifically aerospace, artificial intelligence; advanced computing, energy, health, and consumer internet. Founders Fund has made 720 investments and 187 exits.

Founders Fund is also reputed as one of the first institutional investors in Space Exploration Technologies (SpaceX) and Palantir Technologies and was one of the earliest investors in Facebook. Some of the other pioneers backed by the firm are Spotify,  Airbnb, Lyft, Stripe, Built Robotics, Flexport, Wish , and Nubank. 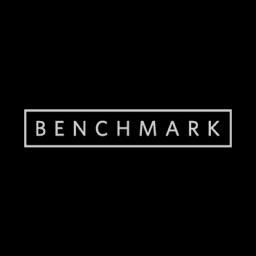 Benchmark is a venture capital firm in the US founded by Bob Kagle, Bruce Dunlevie, Andy Rachleff, and Kevin Harvey in 1995. They focus on seed funding in social, mobile, local, and cloud companies with an emphasis on marketplaces, infrastructure, and enterprise software. The firm currently operates with 15 team members. Benchmark is reputed for creating the first equal ownership and compensation structure for partners and is a ‘lean operation in which its six full-time partners share profits equally’. They have made 764 investments so far with 286 exits.

New Enterprise Associates is a venture capital firm in the US founded by Richard Kramlich, Chuck Newhall, and Frank Bonsalin 1977. The firm presently operates with 78 members and focuses on ‘helping entrepreneurs build transformational businesses across multiple stages, sectors, and geographies’. They primarily focus on Technology & Healthcare and prefer to invest right from the seed stage to the IPO. In the technology sector, their focus lies on software & services, systems, consumer & internet, and energy. While in healthcare they concentrate on biopharma, devices, and services. They have made 2,341 investments so far with 950 exits.

Khosla Ventures is a venture capital firm in USA founded in 2004 at Menlo Park, California. The firm was founded by Vinod Khosla, Co-Founder of Sun Microsystems and former general partner of Kleiner Perkins. At present the firm operates with 30 members including the founder. Their focus industries are consumer, enterprise, education, advertisement, financial services, semiconductors, health, big data, agriculture, food, sustainable energy, and robotics. They focus on early-stage and growth-stage companies with a special focus on technology risk-based investing in massive markets, including the space sector.  Since its inception, the firm has made 976 investments and has seen 231 exits so far.

Khosla Ventures believes in the philosophy of ‘tackling large problems that are amenable to technological solutions’. They specialize in providing ‘venture assistance and strategic advice to entrepreneurs working in breakthrough technology’. Apart from these innovations, Vinod Khosla has also founded ‘Khosla Labs’ – an investment and business incubation firm. This initiative was directed towards exploring opportunities around the Unique Identity Number System for the residents of India known as ‘Aadhar.

Bessemer Ventures is a venture capital firm in USA founded in 1911 by Carnegie Steel’s co-founder Henry Phipps. With a 70 member team, they invest in all stages from seed to IPOs and focus their investments on enterprise, consumer, and healthcare. The firm has made 1,378 investments and 532 exits.

Index Ventures was founded in 1996 by Neil Rimer, David Rimer, and Giuseppe Zocco. However, it is originally a European venture capital firm and has its roots in a Swiss-bond trading company called Index Securities founded in 1976. Their investment focus is on technology-enabled companies with a special interest in e-commerce, fintech, mobility, gaming, infrastructure, AI, and security. They have a people-centric approach that aims to build lifelong relationships with entrepreneurs. They operate with 28 members globally. So far the firm has made 984 investments and 299 exits.

Index Ventures have dual headquarters in London and San Francisco with an additional office in Geneva. Despite being of European origin, it is one of the top VCs in the USA. They support companies at all stages of growth. Some of the companies supported by them are Supercell, Deliveroo, Dropbox, FarFetch, King, Adyen, and Slack.

This comprehensive list is a good starting point for exploring venture capital in the US. However, the basic need while working with venture capital firms is the knowledge of equity distribution. Our expert team at Eqvista can provide you all the assistance required. Eqvista is one of the market leaders in automated equity management software. Explore this section to understand the entire spectrum of our services. For further details reach us today.